Effect of shutter speed in photography. In photography, shutter speed controls the exposure time, i.e., the length of time when the film or digital sensor is exposed to light. The amount of light that reaches the film or image sensor is proportional to the exposure time. 1/500th of a second will let half as much light in as 1/250th. Shutter speed can have a dramatic impact on the appearance and quality of photographs, especially when the subbjects are moving. Very short shutter speeds can be used to freeze fast-moving subjects, for example at sporting events. Very long shutter speeds are used to intentionally blur a moving subject for effect. This is clearly shown in Figure 4.

Figure 4, Effect of shutter speed on the photographs.

Some cameras include one or two other settings for making very long exposures:

Shutter priority refers to a shooting mode used in cameras, where the photographer choose a shutter speed and allow the camera to decide the correct aperture. This is sometimes referred to as Shutter Speed Priority Auto Exposure, or TV (time value on Canon cameras) mode, S mode on Nikons and most other brands. 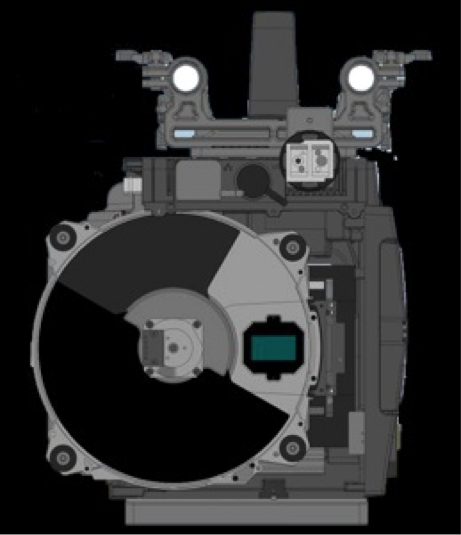 Cinematographic shutter formula. Motion picture cameras used in traditional film cinematography employ a mechanical rotating shutter. Rotary shutters are semicircular discs that spin in front of the film gate, alternately allowing light from the lens through, or blocking it. When blocking the light, the exposed frame of the film is advanced, and another, pristine frame is moved into position. The spinning disc and exposes the new
frame. The nature of light-sensitive film requires a shutter to block the light and prevent “smearing” of the image as the film is advanced through the camera. The shutter rotation is synchronized with film being pulled through the gate, hence shutter speed is a function of the frame rate and shutter angle.
Figure 5, http://64.17.134.112/Affonso_Beato/F65_First_Impressions.html

Electronic shutter. Digital video cameras usually do not have an actual mechanical shutter. Instead, this shutter adjustment controls the amount of time that the electronic sensor collects light in order to create each successive image. Because electronic cameras do not need to mechanically advance film, it is possible for the shutter to be open for nearly the entire period of each successive frame. At 24 frames per second, it is possible to expose a frame for nearly 1/24 second, achieving longer motion blur otherwise impossible to achieve on film. It is even possible for the shutter to be open for multiple frames, far beyond that possible with a 360° shutter angle. One example is the Sony PD170 where the shutter can be set as low as 1/3 second; accumulating light across 10 frames (at a frame rate of approximately 30 frames of 60 interlaced fields per second for the NTSC version of the camera and 25 of 50 for the PAL version)

To learn more about shutter speed and photography in general, here is a cool site to explore: www. photographytalk.com