Pinhole: the very first camera lens. All modern cameras work on the same principle as the ancient pinhole camera. As shown in Figure 1, a pinhole “lens” is simply a small aperture that blocks most rays of light, ideally selecting one ray for each point of the object to the image screen. 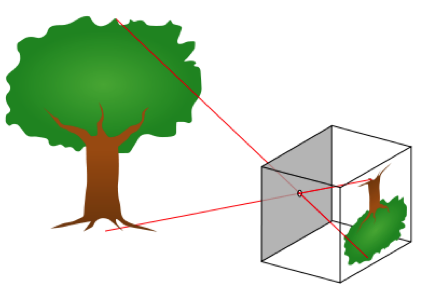 Figure 1, Operation principle of a pinhole camera. Light rays from an object pass through a small hole to form an image. Note that the pinhole is very small. So for each point of the object, most of the light rays is blocked, allowing only one ray of light through.

Based on the operation principle, immediately one can tell that pinhole lens has a few severe limitations: (1) A larger pinhole (equivalent to a larger aperture) leads to a blurry image because each point of the object sends more light onto the image screen, and the light rays spreed out to a larger area. Each pixel is essentially the shadow of the aperture stop, so its size is no smaller than the size of the aperture. Here a pixel is the area of the detector exposed to light from a point on the object. (2) Making the pinhole smaller improves resolution (up to a limit), but reduces the amount of light captured. This means longer exposure time is needed. (3) At a certain point, shrinking the hole does not improve the resolution because of the diffraction limit. Beyond this limit, making the hole smaller makes the image blurrier as well as darker. 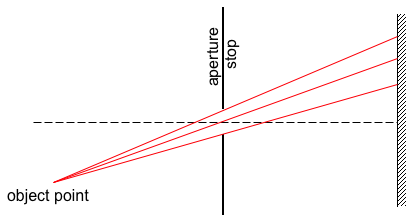 Figure 2, With a small pinhole, light is reduced and diffraction prevents the image spot from getting arbitrarily small. With a large pinhole, the image spot is large, resulting in a blurry image.

Modern camera lenses can be thought of as an answer to the question “how can we modify a pinhole lens to admit more light and yet mantain a small spot size?” A first step is to put a simple convex lens at the pinhole with a focal length equal to the distance to the film plane (assuming the camera will take pictures of distant objects). This allows the pinhole to be opened up significantly because a convex lens bends light rays in proportion to their distance to the axis of the lens, with rays striking the center of the lens passing straight through. The geometry is almost the same as with a simple pinhole lens, but rather than being illuminated by single rays of light, each image point is illuminated by a focused “pencil” of light rays (Figure 3). 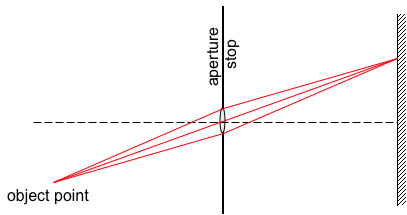 Figure 3, By using a conves lens, the pinhole can be opened up significantly, allowing more light from the object point to be used to form the image without causing blurry.

Camera lens construction. While in principle a simple convex lens can be used in a camera, in practice a compound lens made up of a number of optical lens elements is required to correct (as much as possible) the many optical aberrations that arise. Some of them will be present in any lens system. It is the job of the lens designer to balance these requirements and produce a design that is suitable for photographic use and can be mass produced. A lense with fixed focal length is called a prime lens, while that with variable focal length is refered to as a zoom lens.

In Figure 4(a), we show the cross section of a typical digital camera with a zoom lens, which composes of the front element, several optical lens elements, the rear elements and an aperture. This is schematicall illustrated in Figure 4(b).

In all modern lenses, the surface of the front element is usually coated to reduce abrasion, flare, and surface reflectance, and to adjust color balance. The focus is usually done by adjusting the distance from the lens assembly to the image plane, or by moving elements of the lens assembly. The two fundamental parameters of an optical lens are the focal length and the aperture. They determine the angle of view and depth of field, respectively. All other conditions being the same, shorter focal length gives rise to wider field of view, while wider aperture, identifived by a smaller f-number, leads to shallower depth of field.

For a given film or sensor size, specified by the length of the diagonal, lenses with fixed focal lengths (usually specified in millimetres) can be classified as a:

Zoom lenses have a focal length that varies as internal elements are moved, typically by rotating the barrel manully or electrically. The lens may zoom from moderate wide-angle, through normal, to moderate telephoto; or from normal to extreme telephoto. The zoom range is limited by manufacturing constraints and a lens of large maximum aperture which will zoom from extreme wideangle to extreme telephoto is not attainable. Zoom lenses are widely used for small-format cameras of all types: still and cine cameras with fixed or interchangeable lenses. Besides zoom lenses, there are other special-purpose lens such as “close-up” or macro lenses for close-up shot of very small objects, apochromat lenses with added correction for chromatic aberration, fisheye lenses with an angle of view up to 180 degrees or more, etc.

A typical lens will most often have an aperture adjustment mechanism, usually an iris diaphragm, to regulate the amount of light that passes. It is used in combination with a shutter in front of the film or image sensor to obtain optimum exposure of the image.